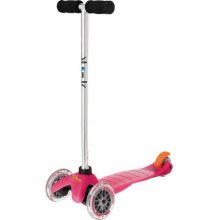 I see these all over the park at lunchtime. This is by far the silliest device ever. It should be banned. Why on earth do they have two front wheels and one back wheel? How are you supposed to steer that thing? Tell your pussy kids to learn how to balance and get them a two wheel scooter. OR if you’re a crappy parent and your kid doesn’t know how to balance, why don’t you get one with two wheels at the back.

What the hell is wrong with parents these days. It has two front wheels! It looks ridiculous! If someone got my kid that, I’d club them with it.

PS – just looked this up. “The mini kick’s 3 wheels provide greater stability, making it easier for even the youngest kids to learn to ride. Great for their balance and coordination.”Lean and steer? Seriously? I don’t buy it. There’s no control in that. No wonder kids crash into me all the time in the park. Absurd.

PPS – I’m trying to tone this blog down a notch. Every other post was F this and F that. I think I dropped a pussy or two, but that’s an improvement.

The Bombardier M7-A is a Piece of Shit

I swear, ride on these things and you’ll get seasick. Yes, seasick. From a train. Yeah they’re all new (well 4-5 years old), flashy and look cool unlike those other shitty 70s models with the fake stick on wood grain (seriously, wood grain? That’s another rant). I never felt anything rock back and forth so violently. How is it possible? It’s a level train on a level, solid iron track. What a topheavy piece of crap. Seriously, who builds these things anyway? They don’t take it for a little spin and say “hmm, too much rocking, let’s fix something.” Nah, they just want to shit them out as cheaply as possible so the MTA can raise my fares every 5 minutes. The old trains don’t have this problem, but these things are nuts. Half the time my coffee is sloshing all over the bro next to me. The thing is like the Sea Dragon over at Playland. I’m trying to read my book or phone screen and everything’s just shaking. It’s absolutely ridiculous.

Not to mention, I almost died this morning walking between cars 1) because these things have like 200 fewer seats than the old ones, forcing me to walk between cars and 2) it decided to sway from side to side right as I walked between cars in which there was no protect. Welp, that would have been it folks. 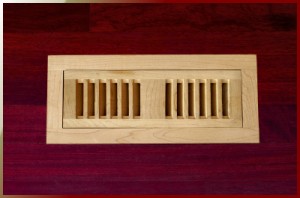 Please explain to me why anyone would put AC/heat ducts on the floor. They belong on the wall a few inches above ground. And this rant starts my new series “Bad Engineering” where I will rant about dumbass engineers who don’t use common sense when building stuff. And make sure you have a strong stomach before reading on.

I live in a college house with 5 guys. College guys shit a lot. Our toilet clogs every 43 minutes. When it overflows, where does the water go? Right into the stupid hole in the floor. I’m pretty sure it’s bad for water to go into our furnace. Then we wonder why this house smells like mold, piss and shit. I’m pretty sure we’ve had drunks piss and puke down those ducts at some point. Don’t even get me started with the kitchen. I’ve seen crumbs, hot dogs, potato chips and eggs get emptied into them. It’s nasty and uncalled for, and wouldn’t happen if some dipshit engineer put them on a vertical wall off the ground.

Put them on the wall about a foot off the ground. Problem solved. It’s not that hard.