If You Attempt To Kiss a Venomous Snake, You Deserve to Die

ABC News -A Florida man was bitten in the face by a venomous snake after trying to kiss it, authorities told ABC Tampa affiliate WFTS-TV.Austin Hatfield, 18, of Wimauma, told his friends he took a liking to the snake and decided to keep it as a pet, Robin Belcher, the mother of his best friend, Jason Belcher, told ABC News.

Are you kidding me? Took a liking to a poisonous snake? Tried to kiss it? I wouldn’t kiss a non-poisonous snake! Who in their right mind takes likings to poisonous snakes that can kill you in one fell swoop, let alone kisses them? You devil motherfucker you… Darwinism at its finest. But here’s the kicker… Now this dude is facing charges with the law for not having a permit to handle poisonous snakes or some shit? Huzuhhhhhh???? How does that make any sense? This backs up my point that America is not a free country. If I’m an idiot and want to kill myself by sucking face with a poisonous snake, that’s my problem, as long as it doesn’t harm anyone else. This is a waste of resources on someone who should be dead and not reproducing. Go to hell and hang out with all the fire snakes you want down there.

Thanks Danny for the link.

If you get Bitten by a Poisonous snake because you Think the Bible Mandates you to Handle poisonous snakes to Test your Faith in God, then You Deserve to Die

Washington Post– Paraphrased: [Some asshole Christian preacher thought it would be a good idea to preach with a poisonous snake because if he were a good Christina, he wouldn’t get bitten and/or if he did get bitten, God would save him.]

You know, I read this article and was like… This is prime blogging material. It goes along with my Darwinism posts of “If you do X which is really stupid, then you deserve to die” posts. I have a few of those. This story is such a bunch of bullshit I can’t even write much about it. It’s not even worth my effort.

So you know what. You better hope God saved you…. in some other life because your asshole is dead, you ignorant bastard. Don’t you learn from your dad? Idiot. Fuckin guy died the same way. Fucking Pavlov’s dogs learned faster. It’s animal nature. If I eat this poison berry, I die. Welp, if your dad ate the poison berry, stay the fuck away. So if you don’t learn, get the fuck out of here.

Don’t they fucking teach you in the bible that the snake represents the devil? Asshole… So if you’re a dumb motherfucker that takes the Bible literally such as 7 day creation stories, talking asses, 6 million animals fit on a rickety wooden boat because God was so pissed he flooded the earth and that God will save you if a venomous snake bites your dick off and and if you’re a good person, then you won’t die… then so be it. Drop dead and get the fuck off my planet and stopbreathingmy air andpollutingC02because you’re an ignorant fool that clearly doesn’t deserve to live.

PS – that whole Noah’s Ark thing is the biggest bunch of mother fuckin’ bullshit I’ve heard in my life. I’ve always been taught God is forgiving and loving and compassionate. Yet two motherfuckers eat an apple and get their asses kicked and God floods the world because he wasn’t happy with how shitty everyone was behaving… Fuck that noise. Todayeveryone’sfucking eachotherby 8 years old and there’s killing, murdering, rape, poverty, wars and all this bullshit. Guess that’s better than eating a mother fucking apple. Asshole.

Yahoo– The road looked clear, at low tide – but the map forgot to show the 9 miles of water and mud between the island and the mainland. As the three drove their rented Hyundai Getz into Moreton Bay, they found the GPS device guiding them from a gravel road into thick mud. They tried to get back to solid ground, but as the tide rose they were forced to abandon their car. Passengers on passing ferries watched in amazement.

“It told us we could drive down there,” Yuzu Noda, 21, told the localBayside Bulletin. “It kept saying it would navigate us to a road. We got stuck . . . there’s lots of mud.”

I know Barstool covered this today, but it’s nothing new. I covered a similar story over a year ago.It’s Deja Vu all over again. Except this time, it makes more sense. It’s an Asian woman driving… Like are you serious? I don’t care if it’s low tide – you can’t see that you’re driving out into the middle of an ocean? What’s a road going to appear out of nowhere?

If You Give Your Credit Card to a Random Stranger, You Deserve to Get Cleaned Out

NY Post– A smooth-talking con man peddled a phony sob story to three kind-hearted tourists and walked away with enough dough to pay for six weeks of luxury living at a Midtown hotel, authorities said yesterday.Silver-haired Olivier Rey, 48, of Switzerland, approached his victims in the Sheraton New York Hotel & Towers and appeared frantic, telling them that he’d just lost his credit card in a taxi and needed help for his family to check in, sources told The Post.He just seemed to be desperate, recalled Gary Koelling, 43, of St. Michael, Minn., who wound up handing over his credit card to Rey.

Rey allegedly told Koelling and his other marks that all he needed was their credit-card imprint to check in. He promised that he was getting a replacement charge card by the next day to take over the room charges, cops said. Instead, he lived at the luxury Seventh Avenue hotel on his victims’ dime to the tune of more than $41,000 in all between Oct. 13 and Nov. 27 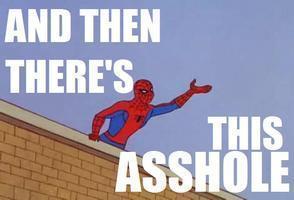 This is why America is turning out to be a second world country folks! That’s right. We are no longer on top. We have a bunch of dumbass hicks from the middle of nowhere who go around getting swindled nonstop because they believe everyone’s sob stories. I like to be nice to people, but I do it in a way where I don’t get fucked over.

One day I was at Dunkin Donuts on 23rd St and Lex and this guy whacked out on who knows what asked some girl to buy him an egg sandwich because his son just died and he didn’t have a job and was homeless. He was a mess. I would have believed him. She was in a rush so she swipes her card and buys the sandwich and leaves and told the Dunkins guy to give this guy the sandwich. So they make the sandwich and the guy goes “WAIT. You were supposed to pay with cash!!” And walks out without taking the sandwich. Obviously, he wanted this girl to give him money for “food” and then just ditch and buy drugs instead. So I saw this whole thing unfold, got my coffee and walked out and what do I see? This fucking guy is out on the street begging for money for a sandwich, telling the same story. I wanted to pop him in the face. So I walk out and ignore him and he starts following me. I said I couldn’t help him and he was like “you’re cold and heartless.” BAHAHAHAHA. I laughed in his face and told him someone just gave him free food and to eat that instead.See what I mean? Fuck this guy. I hope he overdosed. There’s a difference between that piece of shit and a genuinely hungry or needy person. I would have no problem giving my food to someone who needed and appreciated it. I’m a fat fuck, I certainly don’t need it… And will I give this guy cash? Fuck no? He’s going to buy alcohol with that shit. You know what? Forget him, I’m going to buy alcohol with it! Not him. Be street smart, fuckers. People will tell you the most convincing sob stories and they’re all full of shit. Anyway back on topic:

I don’t care if the fucking Pope walked up to me and needed my credit card, I wouldn’t give it up. What do you expect to happen? How are you supposed to get paid back? I’m not just going around and giving my credit card to some joker to check into a fancy hotel. Holy shit. This is stupidity at its finest. SoGary Koelling: You sir, are a fucking dumbass.

My question is this: HOW do you not realize that some dude is charging $41,000 over the course of a month? Do you not check your statements or online portal? If I were the credit card company, I’d make this asshole pay because it would teach him a lesson.

If You Stand Next to a 30 Foot Metal Pole in an Open Field In a Thunderstorm, You Deserve to Die

Is this video real, or is this some edited crap? If it is real, this kid deserves to be dead. What a fucking idiot. Shameful that the comments say he’s okay. One more moron wasting the oxygen on this planet.