Are We For Real?

WCVB –The second Massachusetts Marine in two weeks has been killed in action in Afghanistan. Sgt. Daniel Vasselian, 27, of Abington, was killed Monday, his family said. He was ambushed, two days before Christmas, as he was getting off a Humvee, they said.

How many fucking times have I said it? What. In the actual fuck. Is. The United States. Still doing. In. Fucking Afghanistan/Iraq/Middle East. Jesus fucking Christ. There’s no reason for us to be losing boys anymore these days. Send everyone home. It’s not going to solve anything.

RIP dude and we thank you for serving this inferior country that does not believe in peace.

“America, it’s time to start bringing our troops home. It’s time to admit that no amount of American lives can resolve the political disaggreement that lies at the heart of someone else’s civil war.” – Barack Obama, February 10, 2007

Dear Hypocrite (and asshole Congress who will 94% most likely approve military action),

I cannot get over how full of shit you are. How little integrity you have. Listen to yourself above. This is 100% the opposite of what you want to do in Syria.Ask yourself what attacking Syria will accomplish. Because it’s the same bullshit. Can’t you see these Middle Eastern conflicts are of no concern or threat to the United States? They’ve been going on for thousands of years and will continue to go on for thousands of years. Fucking let them kill each other, gas each other, jerk each other off, or do whatever they want to do. How is that a threat to America’s national security? It’s not. Do you understand how much this shit will cost? How many more innocent people will come back with legs blown off or dead. If you fuck with Syria, you’ll have a bunch of their allies mad at us. Idiot.

Learn from fucking history: Vietnam, Afghanistan, Iraq wars…. Fucking wastes. This will be another long drawn out bullshit that is 100% unnecessary. I’m not even anti-war. If some country attacked us, I’d say wipe them out. I’m just anti “dumb as fuck” war. And unless some country declares war and flies shit over here and parks ships in our ports and starts attacking US citizens, war is never the right answer. Imagine if China was all like “we don’t like your style so we’re gonna shoot missiles at your cities.” That’s basically what we do to countries. And I don’t blame them for fucking hating our guts.

Eat a bag of dicks,

So it’s the 10 year (and one day) anniversary of the U.S invading Iraq. The internet has been buzzing with this dude Tomas Young’s story. I didn’t know about any of this. I didn’t know about the documentary Body of War and just watched the trailer now. You can call me a pussy all you want, but I was absolutely bawling by the time this trailer was over. Like… if you don’t at least tear up, you don’t have a soul:

Anywho, this poor dude is on his deathbed. He also wrote a pretty accurate,poignantfuck you letter to Bush and Cheney. I mean shit. If someone wrote this about me, I wouldn’t know what to do.

PS – Eddie Vedder did some of the music in thatdocumentaryand Ineed him to sing me to sleep.

Keep it Up, America!

I think we should do this to thepoliticianswho start these wars. 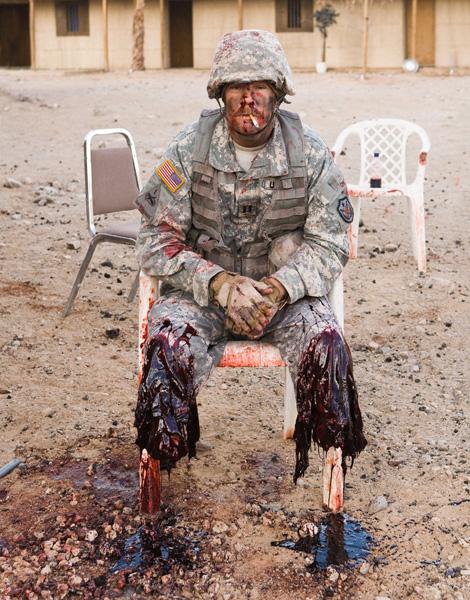 Now if you’ll excuse me, I have a war with Iran I need to lobby for, ASAP. They’re such a huge threat, you guys. I’m scared shitless right now.