Joe Torre, MLB’s executive vice president for baseball operations, told The Associated Press in a phone interview the decision was made to keep policy consistent throughout baseball.

“Certainly it’s not a lack of respect,” Torre said. “We just felt all the major leagues are honoring the same way with the American flag on the uniform and the cap. This is a unanimity thing.”

Just read this on Boston and NYC Barstool and they both ripped Torre a new asshole. Welp, I disagree. Joe Torre is a classy fucking guy. God Damn right he shouldn’t let the Mets honor the NYPD and FDNY. Who the hell wants to be honored by the biggest joke organization that has ever existed? That’s a damn insult. And who the hell are the Mets to get special treatment wearing FDNY and NYPD hats when no one else can? That’s just not right.

What the Twitterverse is Saying about A.J. Burnett Right Now

Fuck this guy. Anyone who gives up 7 runs in 1 2/3 innings and then curses the manager out for pulling him has a screw and a half loose. This is after Cashman defended him. The fucking guy should be sent to Scranton, demoted to the bullpen. He’s about as useful as the fucking stock market is.

And my tweets (since they’re private and you’re not worth enough to read them):

Burnett is 0 For July. Woof.

Jesus Christ AJ. No wonder we’re in second place. Stop letting a shit team beat us. Fuckin’ taking a loss to an asshole with a 4-14 record is a damn joke shop.

This Guy Just Made My Day

Nick Swisher is my boy. I said that from day one this season – actually, since spring training. For you non-sports folk, Nick Swisher is a dude who had a bad season last year and the Yankees picked up cheaply, and has been absolutely tearing it up lately. The guy is a complete joker (I say this in a good way). His attitude carries the team. So what happens? The Rays shat on the Yankees 15-5 and he volunteers to pitch – and does a better job than anyone else. Swisher threw a complete inning, got 1 strikeout and threw 22 pitches – 12 strikes. He even shook off catcher Jose Molina’s signs (there were no signs). So on a miserable day where Yankee fans should have turned the game off in the 2nd inning, the guy puts some light on the situation. A loss is a loss. If you’re going to get killed, you might as well have fun with it, rather than just give up. He made it clear in his interview that the team’s performance was unacceptable, but he tried to stay in good spirits and help get them winning again. I would much rather watch today’s game and joke about it than to watch something close – like yesterday’s, where you’re an out away from winning it and the bullpen blows it. Those suck.

So what do we learn? Let’s apply this game to my joke of a life. Without going into details, I come up with these ingenious plans in my head that I am 100% confident will work. Let’s just say these plans were as successful as well as Chien Ming Wang’s first two starts (0-2 with a 28.93 ERA in 4.2 innings). My first instinct was to just mope around, go to sleep, listen to Alice in Chains and/or be miserable. But then when i saw the huge smile on his face while pitching, I was like, “Wait a minute, why can’t I be like Swisher?” You don’t see him dragging down the team after a huge loss. Me and the Yankees had a rough Monday – so what? It’s one game out of 162 – and one day out of 365. Swisher still had a blast and will make the best of a bad situation to make things favorable for the Yankees in the future. I plan to do the same. 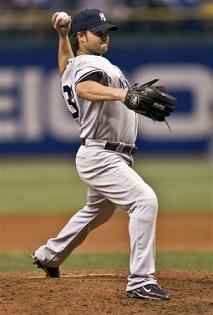 Still No Class for the NY Mets

In my free time of syllabus week (in between old episodes of the Sopranos and other activities), Keith and I spent some time taking a look at new Yankee Stadium and it looks sick. The 2009 inaugural season patch was rolled out today and is very well done. 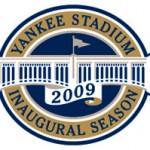 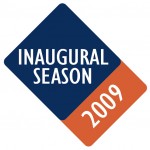 As you can see, the Mets patch is bland and is very comparable to Domino’s Pizza. Our online staff at the Mirror can design a better, more sophisticated logo that doesn’t consist of a rounded rectangle, two colors and some plain text. This is an absolute embarrassment. First, they sell out to Citicorp, build a new stadium that looks more like a parking garage, then accept a half-assed, bland logo designed by some blind bailed out accountant at Citi. Honestly now.