Fuck this bullshit Chinese parking lot attendant who claimed back in April that the iPhone 5 would be released in June. And Fuck the hipsters at Gizmodo for posting itand believing that some idiot in a booth actually knows inside info about Apple. It’s August. No iPhone 5. Shitheads. 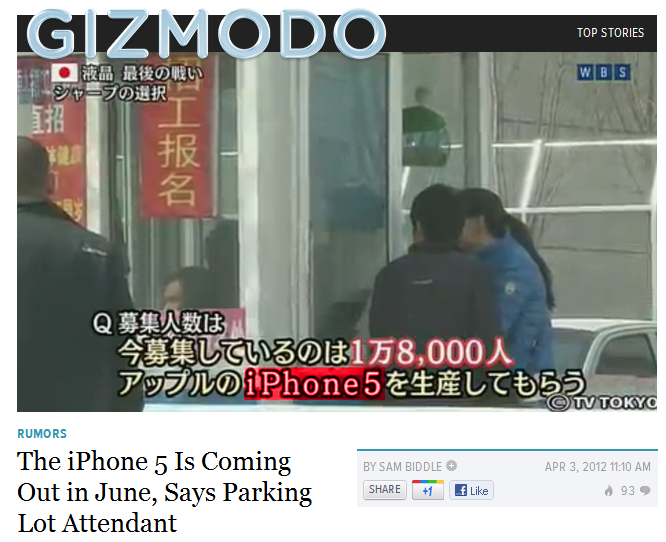 Apple Tries to Block Android 4.0 in the US; Two Months Late

Mashable-Applejust sued Samsung in a California court over alleged patent infringement. The offending product, according to Apple: theGalaxy Nexus, the world’s first phone to run Android 4.0 “Ice Cream Sandwich.”If successful in its lawsuit, Apple could block the phone from being sold in the U.S.,Reutersreports.

Little too late there Apple. See, the phone has actually been out for months already. But if you want to block future sales of it, go for it. I have mine already. They really Samsung they infringed Siri? Fuck off. Siri is a bunch of bullshit. It’s all eye candy and for fun andshouldn’tbe taken seriously. Android had voice recognition for years, they just didn’t call it anything. Siri is like 4 months old. Nonsense.

Fuck software patents and Fuck Apple. They are hindering creativity. Instead of people just making what they think is the best phone, you have to be careful to not infringe anyone’s patents. Which means your device will probably suck. Fuck it. If you’re smart enough to come up with similar technology, go for it. Fucking idiotic United States…

PS – POORLY written article. They are suing Samsung, not Google. So how is that “trying to block Ice Cream Sandwich” when that’s Google’s thing.

What the Hell is up with the iPhone’s Group SMS Reply All?

You know what really pisses me off about the iPhone, besides the fact that its an Apple product in general? The way it handles mass text messages.

Can anyone explain to me what fucking idiot over at Apple thought it would be a good idea to send all replies to every single person that was ever included? This is beyond ignorant. Reply All should never be a default.

When I send out a mass text, only I should get the replies. Why in the fuck would someone with an iPhone replying be able send it to the entire group?

This affects me because 7/10 people have fucking iPhones and whenever one person sends a group text, I get like 20 texts from numbers I don’t even know, answering the group text.

This is a fucking security hazard. Suppose I don’t want the group to know who I texted? Welp, no can do sonny – guess what? If someone with an iPhone replies to it, everyone will see their number.

Android handles group texts well. Send one message individually to each recipient and the replies show up in their own threads. No need to thread the whole thing. Assholes.

Gigaom – While I most often use an iPhone as my primary mobile device, I’m not an Android-hater by any means.

But in terms of the average smartphone user’s priorities right now, I still believe the iPhone 4S is the superior device. The iOS web browsing experience is still better (text rendering is better, the interface is more usable, and double-tap zooming is a necessity for one-hand browsing), text looks better all around, it has a much better camera for capturing mobile memories, and with iOS 5, notifications provide exactly the right kind of information exactly where you want it.

Jerks off to Apple Products

Fuck this guy Darrell Etherington.This is your typical fucking hipster piece of shit Apple fanboy.How did I ever guess that the Galaxy Nexus is perceived to be a complete shitpile in the eyes of an Apple fanboy. Is there anything Android can do to impress these people? Nope.

Guess what dumbshit – Android does have double tap zooming. I can argue this guy point by point, but it’s a waste of my time because 85% ofpeople who read my blog honestly don’t know anything about technology.

My point is that I haven’t even seen the Galaxy Necus in person and I guarantee you that the hardware is better than the iPhone 4s. I guarantee you Android 4.0 is as polished as iOS. I’m not saying the 4S is bad – just that once you’re an Apple fanboy, you’re too arrogant to admit that anything else is better,

I bet if Apple boxed up a pile of horse shit and called it the iPhone 5, fanboys would still say it was better than the Galaxy Nexus. Give me a break!

As Much As I Rip on Apple… 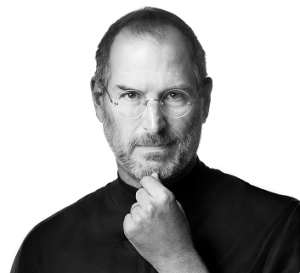 You have to admit that Steve Jobs was a genius – a brilliant innovator and businessman. He took a failing company and transformed it into an innovative, popular and technologically influential force that is received positively by almost everyone.

As much as I rip on Apple and their fanboys, you have to respect what the company has done along the way and how they have influenced the tech industry. They really know how to market products and sell the shit out of them.

Here is one brilliant video of Jobs in 1997, before Apple came all the way back to become a market leader. There’s something about this video that I just find interesting. Some guy is ripping Jobs apart and his response is just brilliant.

Two quotes to remember, which every software and hardware company should go by: