Google Chrome is on my shit list on the grounds that they have blatant UI bugs with multi monitor multi DPI and they haven’t done dick about it in over a year. Bugs that are annoying AF that piss me off on the reg.

So what’s the issue? Well, if I log in to Windows undocked to my other two monitors, everything is fine on the main laptop screen. But if I dock after that, certain elements of the UI are HUGE if I drag Chrome to my other monitors (file picker dialog, tooltips and scrollbars): 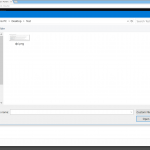 On the contrary, if I launch Chrome while docked, it looks good on my two 100% scaled monitors, but if I move it to my laptop display, some elements like tooltips and the save dialog are microscopic: 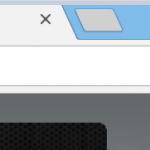 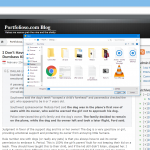 So in theory, they implemented multi monitor DPI in this Chromium ticket, but its implementation is garbage. Windows 10 realized that its OS level support for this stunk, so in the Anniversary Update, they added a thing calledDPI_AWARENESS_CONTEXT_PER_MONITOR_AWARE_V2, which fixes a bunch of bugs. Of course, there’s a ticket to implement it here, which is unassigned and idle for over a year

You know what browsers don’t have this issue?

Get your fucking lives together, Google. This is a technological embarrassment in 2018 that this isn’t supported properly. You don’t need to be a QA Engineer to see that it looks like shit. These are blatant UI issues that make the browser look horrendous. Come on. Don’t developers have multiple monitors. Can’t they realize this is junk?